A new concept anthology, Their Coats All Red, will be co-edited by John Linwood Grant and Matt Willis. Due out late 2017, the anthology is open to submissions to mid-April 2017. Here’s a taste of what we want to achieve… 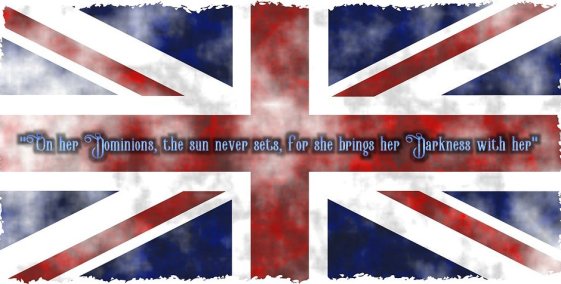 The British Empire was the largest empire in history and, for over a century, was the foremost global power, with a presence on every continent and many hundreds of millions of subjects, willing or unwilling.

Imperial Weird is seeking strange stories which are steeped in the history of the British Empire from around 1885 to 1905, no later. These must be tales which capture the feel of the mid to late Victorian Period, before the first real shadows of World War One.

Crucially, every submission must contain an element of the weird, the uncanny, the supernatural or the paranormal. This may be in the form of spirits, hauntings, monstrosities, folk-lore and folk-horror from the region in question, or simply the completely inexplicable. Dark, foreboding, or unsettling are good keywords, though positive endings (for someone) are fine.

We are looking for stories which reflect the vastness and variety of the Empire, and so suggested geographical settings include, but are not limited to:

Stories set in locations such as America, Canada, Australasia, and the West Indies are also feasible, but they will be a harder sell unless they have directly relevance to the theme of Empire. Stories may be set in Britain, but they would have to relate to an aspect of Empire, such as something dreadful brought back from experiences ‘out there’. No Victorian gents merely musing how they got shot in the leg in Afghanistan, please.

We want to see the impact of Empire and its infrastructure, from any viewpoint. The military side of life on the frontier is an obvious one, but not the only approach. A general historical story of the period, however weird and unnatural, will not cut any ice, for example – it needs to be rooted in the Empire, its structures and ethos. And we will check your history.

Characters may be of any culture, ethnicity or allegiance. The lost, bewildered British soldier or colonial administrator; the embittered Indian servant or Rajah; the scorned Egyptian woman and the dying Boer farmer. What we do not want are period cartoon or pulp stereotypes – purely noble natives or plucky white adventurers – without humanity or context. Think real people in strange situations, not stereotypical goodies and baddies. This isn’t Boys’ Own Adventures – and it isn’t Steampunk either.

Sidenote: We’d rather not receive missionary stories. It’s an over-used take on colonial issues, and unless it’s astonishing or very, very different, we’re not likely to let you get away it.

Racism, sexism etc., except where they bear on the plot and the period for a specific purpose, are right out. We generally prefer disquiet and monstrous threats to mindless violence, and would need to be persuaded of the need for graphic gore (certain military situations, for example, may warrant a degree of obvious nastiness).

Although we want a varied and exciting anthology from the best writers we can find, we will also be encouraging and seeking stories which have POC protagonists and/or are from POC writers. We would also like to encourage stories from women writers or with female central characters – the story of women within the Empire has perhaps been neglected next to that of men. Some aspects of Empire were weird for everyone, and we hope that we can include a lot of very different takes on the idea.