A list of where you can find some of my recent writing, roughly in order of real or expected publication. More short pieces and vignettes are also available on the greydogtales website. Have a look, and enjoy.

THE INTRUSION. Mr Dry, the Deptford Assassin, finds his latest commission complicated by dangerous strangers. A free story in the Tales of the Last Edwardian series (read or download)

A LOSS OF ANGELS. A murderer is to be hanged. Should Dr Alice Urquhart save him or condemn him? A free story in the Tales of the Last Edwardian series (read or download)

A STUDY IN GREY. Captain Redvers Blake must use reluctant allies to uncover a threat to the Empire. A novella in the Tales of the Last Edwardian series, with an additional Holmesian element. From 18thWall Publications (purchase) 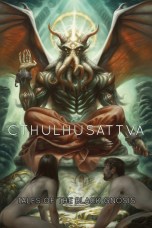 MESSAGES. A tale of cosmic horror and true parenting as a woman and her daughter travel to Anchorage on a very particular mission. Anthology: Cthulhusattva, from Martian Migraine Press (purchase)

HUNGERY. The story of a boy and a rather different, contemporary ogre (YA). Anthology: Giants and Ogres, from CBay (purchase) 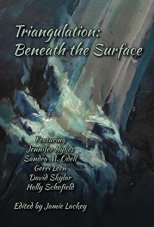 THE JESSAMINE GARDEN. An unusual gentleman welcomes a visitor in period Virginia. Anthology: Triangulation – Beneath the Surface, from Parsec Ink (purchase)

A DARK TRADE. Carnacki the Ghost Finder uncovers the horrors of the past when he comes to the aid of a friend. Anthology: Carnacki – The Lost Cases, from Ulthar Press (purchase)

GREY DOG. Carnacki is called to Suffolk, but is he to be an investigator or merely a witness to something beyond his powers? Anthology: Carnacki – The Lost Cases, from Ulthar Press (purchase)

A STRANGER PASSING THROUGH. In seventies New York, the mafiosi cross the wrong person. From the Revenance series. Anthology: Blood, Sweat and Fears, from Nosetouch Press (purchase) 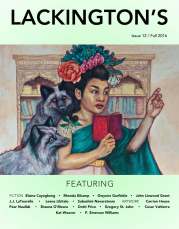 THE HORSE ROAD. A very different kind of pony takes a stand as wickedness erupts from the Half-World on the bleak Yorkshire moors. Magazine: Lackington’s Magazine (purchase)

THE ADVENTURE OF THE DRAGOMAN’S SON. Sherlock Holmes on the Arabian Peninsula. Anthology: Holmes Away From Home, from Belanger Books   (purchase)

A MIDWINTER NIGHT’S CAROL. A crotchety old author learns the true meaning of something, following the arrival of various spirits, including H P Lovecraft and a slightly psychotic pony. (read or download)

HOODOO MAN. In the heart of twenties Harlem, Henry Dodgson drinks and broods on his losses until his assistance, however reluctant, is required. A story in the Tales of the Last Edwardian series. Anthology: Speakeasies and Spiritualists, from 18thWall Productions. Coming 2017

WHISKY, BEANS AND DUST. Mamma Lucy didn’t know the Rantons, or the nature of the storm which had followed them from the Ozarks, tearing the land apart. She surely didn’t know what they’d learned, and what she was supposed to do about it all. But then again, what came that night didn’t know Mamma Lucy… Coming 2017.

WITH THE DARK AND THE STORM. An Igbo village in 1920’s Nigeria is faced by a conflict which threatens to bring cosmic horror into their lives; the villagers must draw on their own beliefs and their resourcefulness to face the dark. Coming from Otter Libris, Spring 2017.

CINNAMON AND MAGIC. A twelve year old girl and her best friend face a very different kind of monster in the closet – and what is chasing it. Coming from CBay, Summer 2017.

MY HEART SHALL SPEAK NO MORE. A dark folk-tale of lost love and Suffolk legend, related to the Tales of the Last Edwardian series. Ebook, coming from Frith Books 2017

ON ABYDOS, DREAMING. A damaged man seeks redemption in his visit to the Fane on Abydos, a place where souls are lost or won. Part of the Technosophy series. Anthology: Survivor, from Lethe Press. Coming 2017

AN AGE OF REASON. Science fiction adventure in the Technosophy series. Anthology: The Stars at my Door, from April Moon Books. Coming 2017